Aside from Mike, of course, who is the longest serving inhabitant of Twilight the retirement home for dogs? Answer: Taffy.

Dear Taffy was one of the first dogs that Mike and Leeanne rescued way back in the early days of Twilight, long before they moved to La Peyzie or had decided to focus on senior and disabled dogs. When they first met Taffy he was a small puppy, who had been thrown over the wall of the Bergerac SPA. In fact, he was such a tiny bundle of fluff that Leeanne had to bottle feed him in his first few weeks.

Taffy has spent all of his life at Twilight, supervising the move to La Peyzie and even keeping an eye on the initial building works, as you can see in this photo.

He has a bit of a reputation for welcoming and nursing any new or sick dog, hence he’s often known as Dr Taffy. He is always there for all the new Twilighters, the sick Twilighters and anyone needing an extra cuddle. He is intuitive and generous with his love for everyone, staying close to any new dog that is frightened, disabled, sick or overwhelmed, loving them and healing them.

This was evident in some lovely photos we have of Taffy looking after Mr Fitchie, a seventeen-year-old dog who was found abandoned in a field, in the middle of the Dordogne, one winter’s morning. 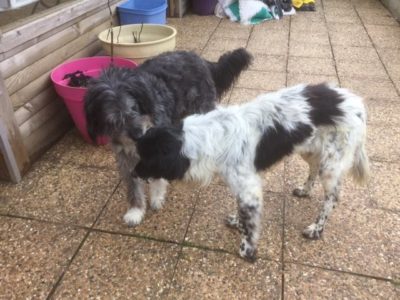 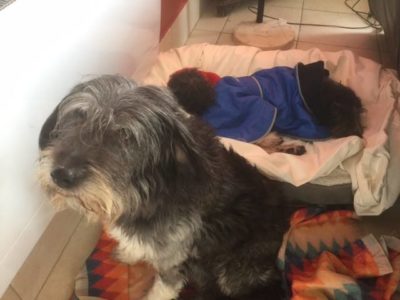 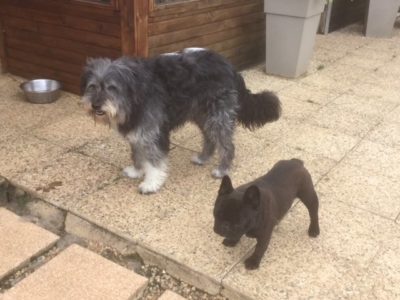 Then, in October 2015 poor old Taffy injured himself. He ran, slipped, leapt high, cried and snapped the cruciate ligament in his right knee. So, it was off to the vets and the specialists for scans. Before long Taffy had his operation to repair the ligament and some well deserved R&R with friends, before re-joining his Twilight chums and resuming his guardianship duties. Unfortunately, despite the success of this operation, Taffy did the same to his other leg a few month later. Leeanne and Mike, and Taffy’s sponsors and fans, went through some very worrying times as the vets assessed Taffy’s pain and struggled to find a medication regime to help him. Fortunately he found painkillers to suit and Taffy has returned to his doctoring duties, now in his tenth year.

So, Taffy might not be the oldest Twilighter in terms of age, but he is the oldest inhabitant, as he has spent the greatest number of years with Mike and Leeanne. In fact, Taffy has the honour of being one of the founding fathers of the Twilight Pudding Pack. 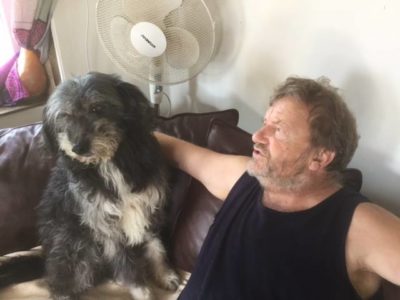 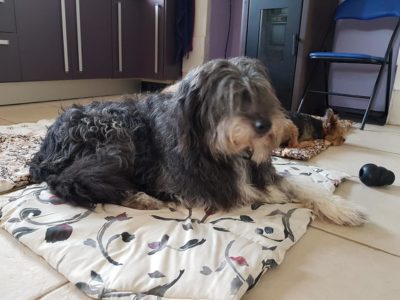 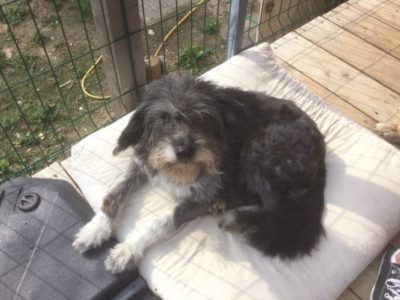