In 2007, Mike and Leeanne Whitley, lifelong dog lovers, made the decision to open the doors of their home to dogs that no one else wanted began. The realisation of the scale of the problem came during their search for a new friend for their elderly dog, Teg. They found that life for an old, abandoned dog in the many local refuges they visited was not good. Older dogs tend to be overlooked for rehoming, and many suffer a premature end, as not all refuges have a policy of no euthanasia. There are also a large number of dogs who are simply abandoned due to medical treatment problems or when their elderly owner dies, or goes into a home.

Over the years, Mike and Leeanne have taken in over three hundred dogs, young and old, sick and mistreated. They work closely with other dog rescue organisations in south west France. Twilight has no borders and has also welcomed a number of dogs from Eastern Europe. At any one time the Whitleys look after, on average, thirty dogs. Illnesses and disabilities are cared for with first-class medical treatment, and every dog knows love right to the end. This fantastic work is completely voluntary and has taken over Mike and Leeanne’ lives, supported by a team of volunteers. The Twilight retirement home for dogs, La maison de retraite pour les chiens, holds formal Association Loi 1901 status, as required for a non-profit making charitable organisation in France.

Twilight’s base is an isolated, rural, detached house with large grounds for the dogs to run about and play. But this is no typical dog refuge. This is Mike and Leeanne’s family home, and all the dogs live inside, as members of a large doggy family. The house has been adapted to suit the needs of the dogs – in the Whitley household the dogs come first! There are ramps, sofas, beds, a washroom with special dog bath, quiet areas, warm log fires in winter, sunny decking and a lovely fenced two-and-a-half hectare field in which to run, bark, sniff or simply relax and enjoy the fresh air.

Twilight’s philosophy is that no dog should die alone. Leeanne and Mike work selflessly to provide love, companionship, pain relief, medical care, good food and the freedom to be the doggie that every dog deserves to be, to every dog that passes through Twilight’s doors.

We do what we do for the love of the dogs. Twilight is self-funding, and the support we receive means we can take in and save more old dogs, give them the quality of food and medical support they need, and most importantly provide the dignity and help they might need in their ageing or sick years, and even help them to pass across the Rainbow Bridge. 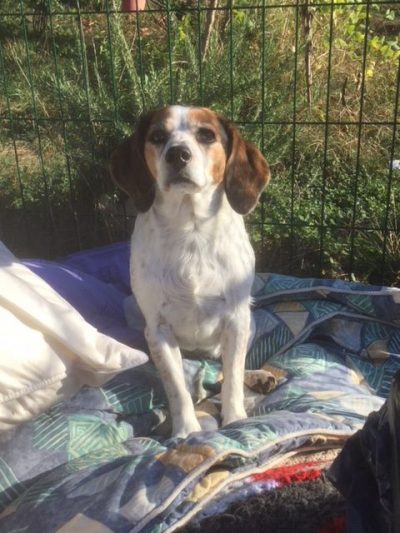 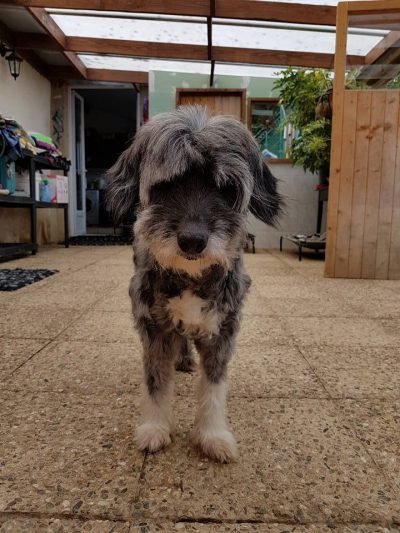 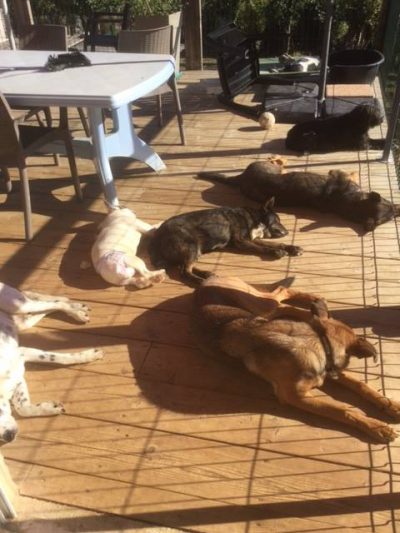 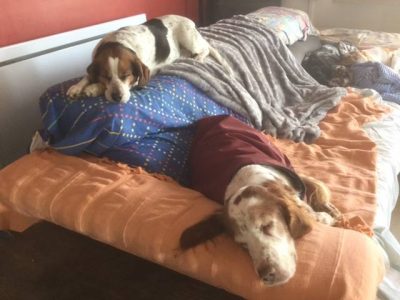 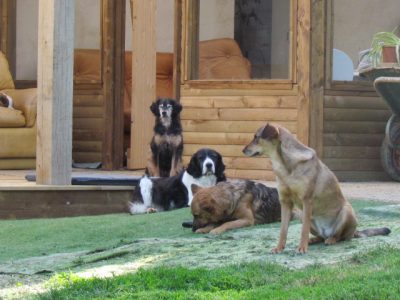 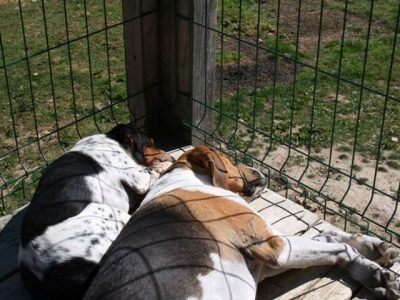